Sonia Jackson Myles, Founder, The Sister Accord® Foundation and Author, “The Sister Accord: 51 Ways To LOVE Your Sister & 51 Ways To LOVE Your Children” Sonia is married and is the mother of two sons, Kendall, age 25 and Jordan, age 23.   She is a native of Saginaw, MI.   Sonia graduated summa cum laude & #1 in her class from Florida A&M University (FAMU) with a BS in Business Administration (1989) and an MBA in Marketing (1990). Before launching her Sister Accord business full-time, Sonia was an executive in Corporate America with over 20 years of experience, managing over $20 Billion in spend. She has worked for Ford Motor Company, The Gillette Company and The Procter & Gamble Company.   Her last corporate role was as P&G’s Director, Global Packaging Purchasing, managing $6 Billion in spend.

Sonia was named one of Essence Magazine’s “Women of Power” in 2008, Bloomberg Report’s “History Makers” in 2009, Trumpet Award Foundation’s “Women in High Heels” in 2010. Sonia was inducted into FAMU’s School of Business and Industry’s Hall of Fame in 2011, and was named one of Black Enterprise Magazine’s Top Executives in Marketing & Advertising. In 2012, Sonia was named one of FAMU’s 125 Outstanding Alumni, in celebration of the University’s 125th Anniversary, and was awarded The Gillette Legacy Award. Sonia was nominated for a 2013 NAACP Image Award, in the Debut Author category, for her book, The Sister Accord: 51 Ways To LOVE Your Sister and was honored with an Exemplary Achievement Award from The State of Ohio Senate (the highest honor The Senate Of The General Assembly of Ohio gives with the exception of honors given to military persons who have passed away) for The Sister Accord. In 2014, Sonia received the YMCA Champion of Character Award. In 2015, Sonia was named BCWN’s Woman Of The Year. Sonia received The Torch of Wisdom Foundation’s Community Enrichment Award in 2016. She made “HerStory” in the City of Cincinnati in 2016, as her Sister A.C.C.O.R.D. Leadership Development Program was integrated into the curriculum of The Cincinnati Public School (CPS) System. As co-founder of CPS’ Girls 2 Women Program, she has seen powerful transformations of girls in the district, specifically in the areas of confidence, self-esteem and leadership development. Prior to this partnership, there had never been a leadership development program for girls in the district.

Sonia received the 2017 YWCA of Greater Cincinnati’s Career Women of Achievement Award. In 2018, she received the following awards: the Women en Blanc Award for her Civic Achievements, the Superintendent of Cincinnati Public Schools’ Laura Mitchell Shero Award and the Call Me Miss Ambassador Change Agent Award. Sonia’s book, 51 Ways To LOVE Your Children, was released in July 2018. In December 2019, Sonia received The Legacy Award from The National Association For Female Executives, for her long-standing successful career of making advancing women a priority. She received The Status Of Women Award from Top Ladies Of Distinction, Inc. ~ Cincinnati Chapter in February 2020. In December 2020, Sonia launched The Sister Accord Africa ~ The Winners Circle, to drive meeting her goal of having 1 billion girls and women learning how to love themselves and each other. Sister Accord Chapters will be established across the continent. In January 2021, Sonia was named as a Leader “Making Black History” by The Cincinnati USA Regional Chamber.

Sonia is the Founder, President & CEO of The Sister Accord Foundation, which has 3 areas of focus: Educating girls and women, Enlightening girls and women of the Power of Sisterhood and Eradicating bullying and violence against girls and women. She is also the Founder & CEO of The Accord Group LLC, which is a leadership development, executive coaching, employee engagement, branding & diversity consultancy. She launched her Dreamwalking® Executive Coaching & Leadership Development Program in 2015 and now has hundreds of “Dreamwalkers” (Mentees) walking in purpose and Designing Their Destinies. Sonia currently serves as the Chair for FAMU’s School of Business & Industry’s Advisory Board. She is also a Board Member for The Impact Young Lives Foundation, which supports leadership development for youth in S. Africa.

Sonia is a member of the Phi Psi Omega Chapter of Alpha Kappa Alpha Sorority, Inc. Her mantra is “There is always a seat at the table for excellence—focus on being excellent.”

Sonia is a member of Alpha Kappa Alpha Sorority, Inc. Her mantra is “There is always a seat at the table for excellence—focus on being excellent.” 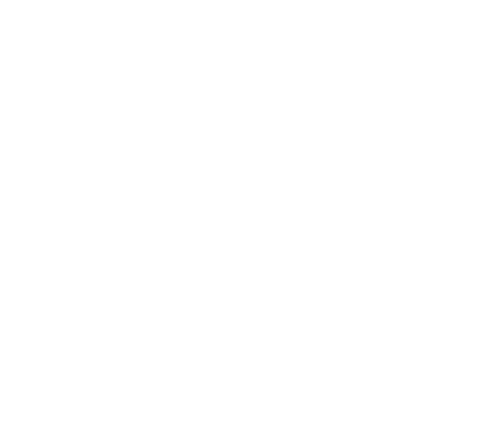 I resolve to establish an agreement with ALL of my sisters, whether they are black, white, red, yellow or brown. Whether they are strong or weak, rich or poor, educated at Harvard or educated on 17th Street, working in the C-suite or cleaning it. Whether they are independent or leaning and depending, confident or lacking self-esteem, fighting back or being abused and misused. I will uphold this commitment to my sisters.